Joao Goncalves was born in Trancoso, Guarda in 1930. Son of Francisco & Palmira Goncalves.  As a child, he came to Maceira, Fornos de Algodres where he grew up and married Augusta.  They have two children, Lourdes and Tony.  In 1969, Joao Goncalves immigrated with his family to the U.S.A and resided in Elizabeth, New Jersey. He lived life to the fullest and was always involved in the Portuguese Community ever since his arrival.  He was President of Sociedade de S. Vicente at our Lady of Fatima Church for 12 years.  Founder of the Elizabeth Portuguese Lions.  Member of the Portuguese Instructive Social Club and director of the Elizabeth Soccer Team for that club for two years.  Member of Organizacao Chaves and Treasurer of Centro Cultural “Os Serranos”.  In 1969, he was named "Serrano of the Year" honor bestowed upon him for his work and dedication to the club.  Joao Goncalves enjoyed everyone’s company, as well as others did his.  He was the type of man that would turn your frown upside down.  In time of need he was your helping hand, even when he was not called upon.  He wanted nothing less than the best for his wife, children, and granddaughter.  One of his dreams became reality when he saw his children and granddaughter graduate from college, being one of the reasons for his move to this country.  Joao Goncalves died in January 2003 and is buried in the cemetery of his beloved Maceira, Portugal. 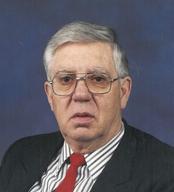